What Is Vegan Food? 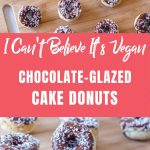 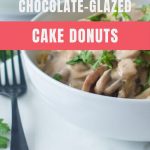 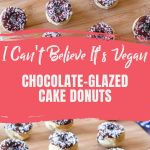 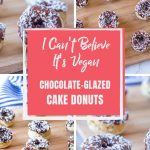 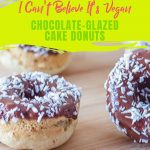 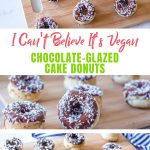 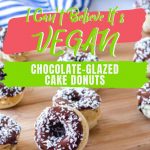 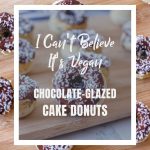 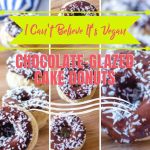 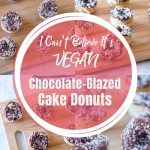 This recipe for a cake-based chocolate-glazed vegan donut is incredibly easy and delicious! Plus, it uses ingredients you already have in your pantry!

One of the foods I crave most often is a donut. Yet, for a while after I became vegan I didn’t eat any donuts at all, simply because I couldn’t find any vegan donuts! You can imagine how hard this was for me.

Just kidding! You still won’t find a vegan Dunkin Donut or a vegan Krispy Kreme donut. But, it is becoming easier and easier to find vegan donuts! However, when that craving strikes and you’re out of reach of your favorite store-bought vegan donut, reach for this recipe for Vegan Chocolate-Glazed Cake Donuts!

People definitely overestimate how hard it is to make a donut, especially a vegan donut. Don’t worry, it’s much easier than you think. And it’s tastier too!

Experiment with your toppings! Our recipe calls for a coconut shred topping, but you can easily replace it with whatever sounds good to you. Use rainbow sprinkles for a pop of color, or go all-in on the chocolate by using chocolate sprinkles or mini chocolate chips!

Enjoy these vegan chocolate-glazed cake donuts the next time you’re in need of a vegan donut. Let us know how it goes!

If you’re in need of a more filling sweet breakfast treat, check out these recipes for vegan waffles or vegan pancakes!